Dishwasher owners have the opportunity to save quite a lot of time that used to be spent washing dirty dishes. However, it happens that the dishes are loaded into the machine, the water has accumulated, and the process has stopped. In this case, you will have to pull everything back and wash it manually, and you also need to fix the problems.

Most likely, such a malfunction could be caused by one of the most common causes: an engine breakdown or a blockage in the sprinkler. Let’s analyze each of them and give examples of their correction.

Breakdown of the circulation pump

Most often, the Whirlpool dishwasher pumps water, but does not wash the dishes, due to a broken washer motor. Therefore, the first step to solving the problem will be to find the engine and check it. A signal of a malfunction of the engine will be a clicking sound made by it.

Place the dishwasher so that you can easily inspect and repair it. Observe the operation of the device. After the machine has taken on water, the motor should start immediately. If this does not happen, then there is a high probability that it is out of order. You can reliably determine the malfunction by using a continuity assessment. To do this, you need to perform a number of actions. 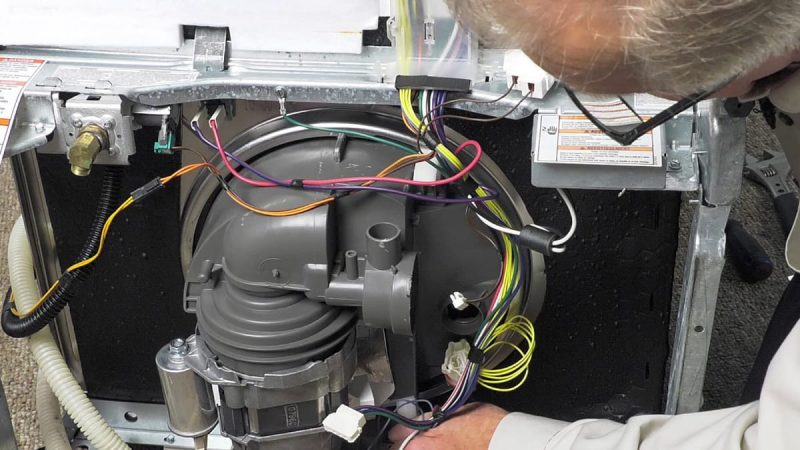 Replacing the motor on a Whirlpool dishwasher can be done on your own. To do this, you must strictly follow the instructions. As mentioned earlier, before repairing, it is necessary to disconnect the equipment from the power supply. After that, find the engine. The element is located at the bottom of the dishwasher. It is hidden by a protective panel, which is fixed with screws. Unscrew them to get unhindered access to the engine.

After that, it is necessary to dismantle the spray base. Next, unscrew the bolt that holds the lower sprinkler mechanism and remove it. Some devices are equipped with a filter located under the sprinkler. It also needs to be removed. Now you can start working with wires. You need to carefully disconnect a couple of wires going to the motor. The next step is to remove the drain hose connected to the pump. After that, you can proceed directly to replace the engine.

It is important to remember that when repairing electrical appliances, you need to ensure that the workplace remains dry. These precautions prevent accidents due to electric shock. 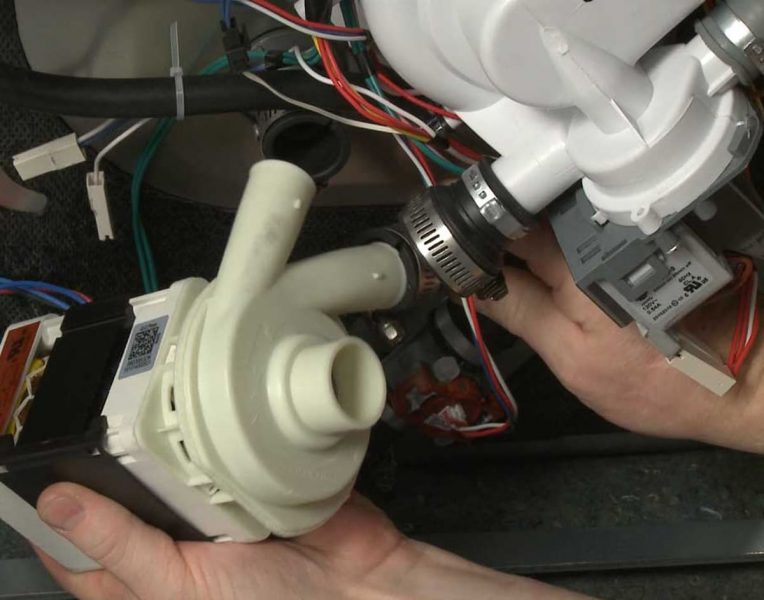 Instead of the old faulty engine, install a new working unit. Next, assemble the dishwasher by following the above steps in reverse order. After that, test the dishwasher. Fill it with water and check for leaks. If not, then you can run a test wash cycle. If properly repaired, it will start working again without any malfunctions.

The second common problem that causes a Whirlpool dishwasher to stop cleaning is a clogged sprayer. Solving it is pretty easy.

To do this, you need a hard wire, with which you can clean the clogged holes on the sprayer. 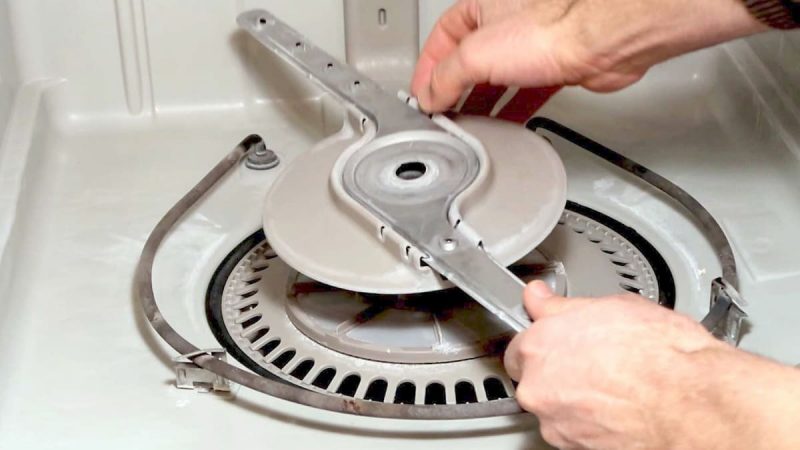 The sprinkler is located at the bottom of the dishwasher, this element is responsible for the release of water. During operation, the holes on it may gradually become clogged with food residues or mineral deposits.

In most models, the sprinkler is fixed with a handle. Turn it and pull out the mechanism. So you can carefully remove all existing pollution.

As mentioned above, you can clean the atomizer with a wire or a toothpick. With a large amount of dirt, you can soak the sprayer in warm water with the addition of detergents or vinegar. Acetic acid will help to cope with mineral deposits.

Let’s take a step-by-step look at the steps you need to take to clear a clog in your sprinkler. 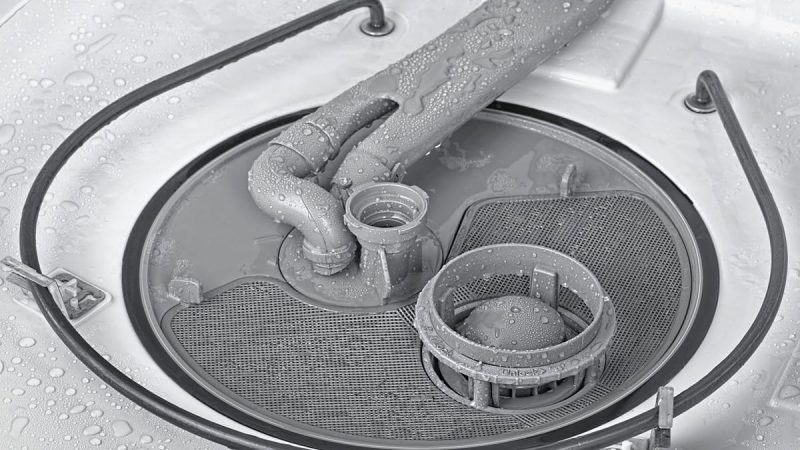 After that, start the test washing mode. The dishwasher must perform its functions.