Modern dishwashers have many features designed to make them easier to use. But, as you know, the more “bells and whistles”, the higher the likelihood of various breakdowns. Even a damaged detergent dispenser lid affects the performance of the dishwasher, not to mention more important components.

There are several reasons why the dishwasher dispenser lid stops opening. One of the most common is dried detergent that has been used during previous cycles. Mechanical failures are also not ruled out.

So, the dispenser lid most often gets stuck due to frozen detergent. Modern dishwashers are designed to remove this product automatically when they are finished. But some machines, mostly old ones, do not have such a function, so sooner or later their owners will face a problem. 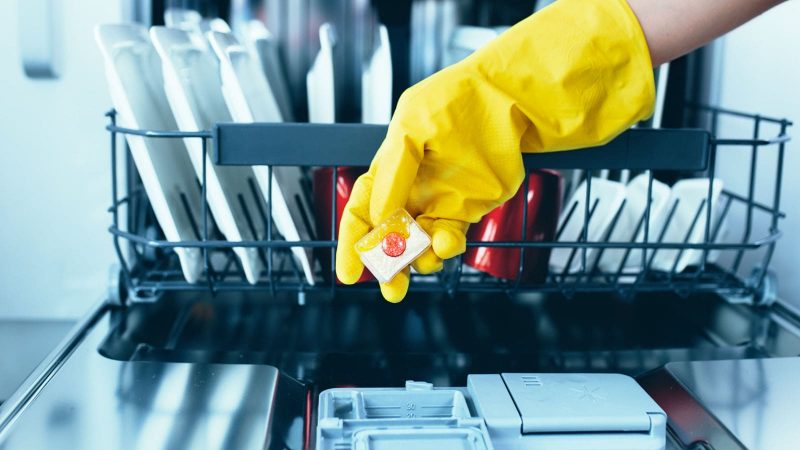 Add detergent just before starting the dishwasher. Use only well-known brands.

To open the lid of the dispenser, you need to remove the dried detergent with a cloth soaked in hot water.

There is a small spring on the dishwasher dispenser cap. It provides its power opening. When the lid is closed, the spring is in tension. When the release button is pressed, it straightens and pushes the cover out.

If the spring has ceased to perform its function, the cover may not open. The same problem will occur after the hinge pin breaks. It is necessary to replace these elements in order to restore the functionality of the dishwasher.

To prevent the lid from opening constantly under the action of a spring, a latch must be added to its design, which will cling to the machine body. The latch may break over time or become clogged with food residue, old detergent.

Inspect the door latch, remove anything that may interfere with its normal functioning. Check for damage. If they are, replace the latch, there is no point in repairing it, especially if it is made of plastic.

If the latch is defective, the dispenser lid will not close properly, causing the dishwasher to stop working. But sometimes it closes, and then does not open, as the mount is displaced.

The wax motor is an integral component of some modern dishwashers. It is involved in unlocking the door latch of the detergent dispenser. There is a small amount of wax inside the engine. It heats up and expands as a result. At this moment, the piston moves, shifting the door latch.

The wax motor is connected to a timer. This ensures that the dispenser door opens in time. When the motor breaks, it remains in the locked position. The same situation occurs due to a breakdown of the timer. Automation does not receive a signal that the door needs to be opened, so the user of the equipment remains at a loss as to how to correct the situation and why it became possible at all. 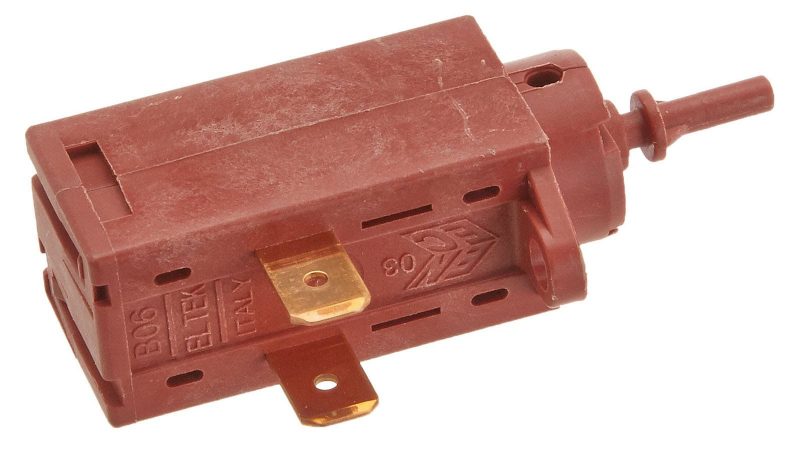 During diagnostics, both the motor and the timer are tested. A multimeter is used for this purpose. Its conclusions are connected to the conclusions of the motor and check if there is continuity in the circuit. The non-working engine is replaced.

The problem is most common in older top-loading dishwashers. Their dispenser doors were made of low-quality plastic, which deformed or even melted when exposed to high temperatures. Modern machines are free from this shortcoming.

The dispenser door after deformation cannot get into its normal position, remains open or closed and gets stuck. This directly affects the performance of the dishwasher, because if there is no detergent, the quality of the wash will be poor.

Deformed plastic elements cannot be restored to their original shape and must be replaced. Buy a new door and install in place of the old one. See the instructions on how to do this or try to figure it out yourself. There is nothing complicated. You may need to use a screwdriver to remove the cover from the guides, after which you will need to disconnect the spring. Remember where it was, because you will have to transfer it to a new cover and install it in the correct position there. 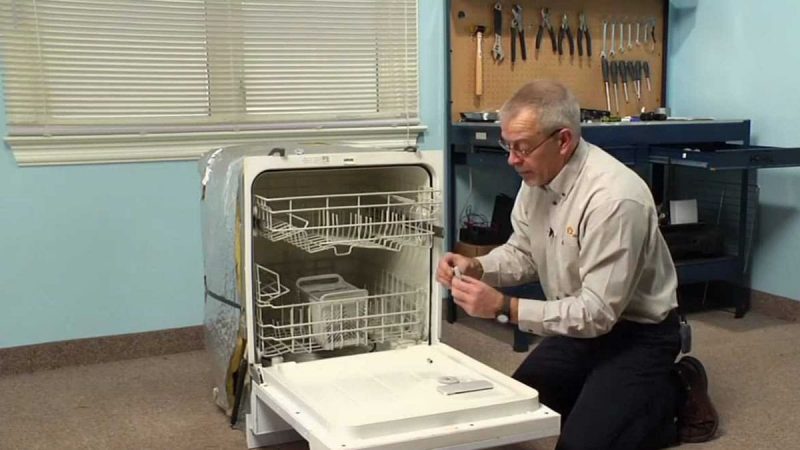 Modern dishwashers are equipped with wax motors that open the detergent dispenser door. Older models have a bimetallic lock instead of a motor. This device is connected to electrical contacts, opens and closes automatically after the arrival of the appropriate command from the control unit.

If the bimetal latch does not open the dispenser lid, you need to pay attention to its condition, as well as inspect the dishwasher timer. Use a multimeter to check the latch. If during its application it turns out that there is no continuity, the retainer will have to be replaced. Any mechanical failure also requires replacement. The part is inexpensive, and there is no point in repairing it.

Dishwashers are equipped with a timer that opens and closes the dispenser door so that the detergent can be used. This may happen several times in one cycle. When you need to add detergent to the dishwasher, the timer activates the lever that opens the dispenser lid. If this timer stops working, the cover will not operate.

Inspect the power contacts that go from the timer to the door lever. Make sure they are properly connected. Note the cam in the timer that provides the movement of the lever. Replace the timer if the situation requires it. 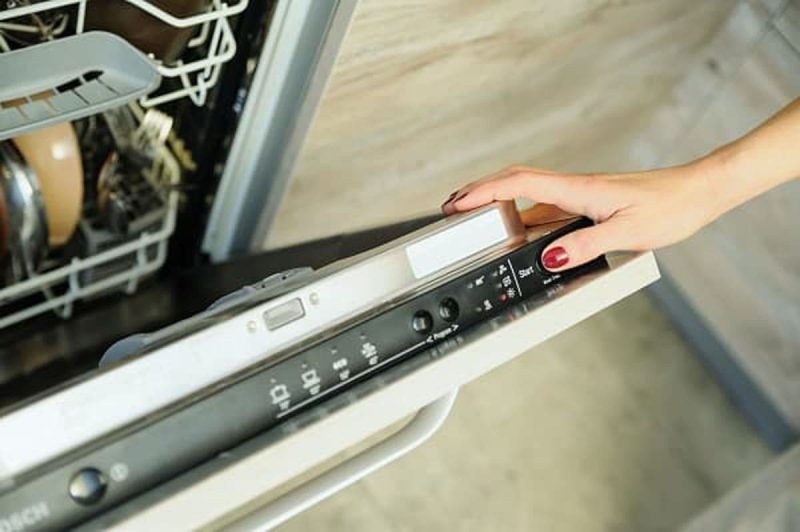 The rinse aid is used at the final stage of dishwashing. It prevents the appearance of streaks and improves the drying process, as it envelops the surface of objects placed inside with a thin protective layer, along which water quickly flows.

To understand how your machine works, please refer to the user manual. There you will also find a list of common faults and how to fix them. Follow the manufacturer’s recommendations, including those regarding the operation of the dishwasher. So you will avoid improper operation of household appliances.