All owners of Samsung washing machines should carefully monitor user reviews, as well as carefully check the unit and be sure that the machine is not subject to recall by the manufacturer from the sales market.

A class-action lawsuit was filed against manufacturing firm Samsung in 2016 regarding top-loading machines that were put on sale in the US market in the period: March 2011. – October 2016 As a result, the owners were paid compensation and discounts. 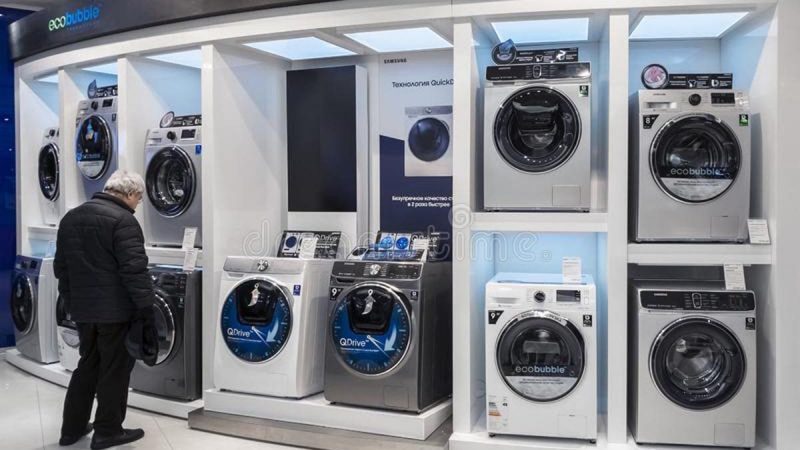 Why were some models withdrawn?

Samsung has been forced to recall a number of washing machines that threatened to injure their owners. The danger came from the cover assembly of top-loading units. The manufacturing company offered to replace, return or repair the machines at the expense of the company.

The Consumer Product Safety Commission has determined that washing machine covers can pose a health hazard to users. The covers may come off the machine while the machine is running. The flying hatch is a projectile that launches a rotating drum into the surrounding space.

The danger is highest when there are people, pets, gas pipelines, water heaters, and other household appliances near the running machine. Numerous complaints about the units of such brands gave rise to a number of rumors about exploding blocks of washing machines, which recalled the same problems with Note 7 phones released by the same company in 2016.

Household devices manufactured by the company from March 2011 to October 2016 are capable of ejecting projectiles that are dangerous to life and health. Due to the unbalance of the chassis, the fastening of the cover may loosen, as a result of which not only an “explosion” is possible, but also a rapid ejection of the drum from the machine body. In other words, it is not the very fact of the “explosion” of the device that is dangerous, but the possible infliction of serious injuries and even a threat to the life and health of the user. 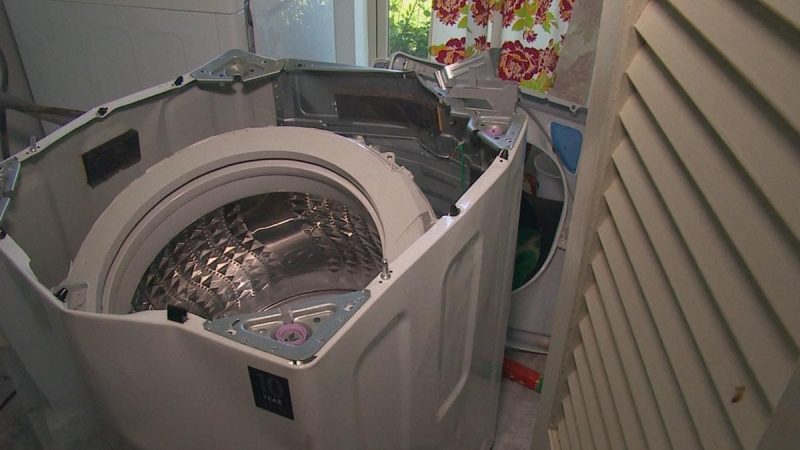 If we assume that the projectile (lid) does not hit a person or a pet, it can significantly damage the water heater, resulting in an explosion, failure of the device itself. And getting into the gas pipeline threatens the danger to the life and health of everyone around and damage to the house itself.

All owners of the mentioned household laundry machines should immediately check the models and serial numbers with the register of goods subject to recall.

Which washer are affected by the promotion

Devices released in 2016 are involved in the recall from the sales market, as well as from use. A total of 34 models are listed in the list. The total number of cars sold in the US is 28 million. Models and serial numbers are located on the back of the washing machines.

How to correctly determine the model of the device, its serial number

To find out all the technical characteristics, just follow the simple steps:

Next, you should go to the website, which contains all the information regarding the general safety of goods for the US consumer market. Here you need to check if the model and serial number of your household appliance is indicated in the recall list of washing machines. 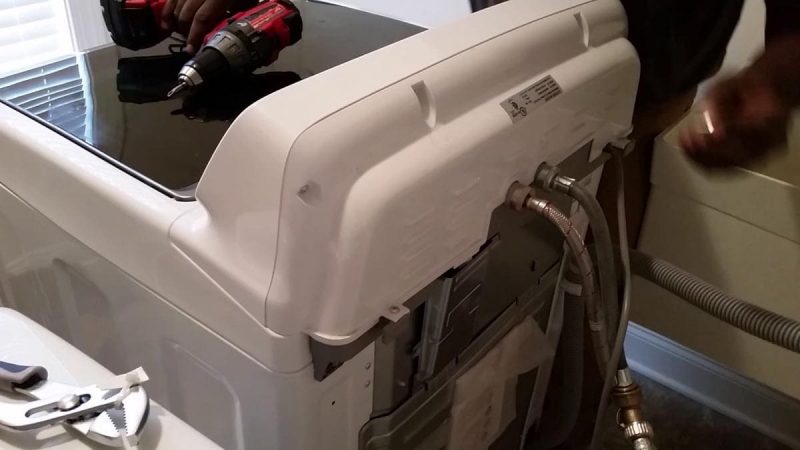 If the list does not contain the data you are looking for for a potentially hazardous machine, you should contact Samsung Customer Service. This is easy to do on the 24/7 online chat platform, where you can discuss everything in detail with a representative of the washing machine manufacturer.

About the class action lawsuit

Such a statement is presented immediately by a large number of people who have received similar or similar injuries, injuries as a result of the same action of the company, whether it is illegal or not in accordance with safety requirements.

It is assumed that just one individual has the right to file a lawsuit in the courts against a large company like Samsung. But this is not profitable in terms of financial costs.

But in the case when the damage is caused to several people at once, it is advantageous to bring a case against a large firm by all the victims collectively. This approach can give a chance to win the court and receive compensation for damages.

Useful advice: in the event of a washing machine breakdown, if the loading cover flew off the unit, caused injury or damaged the walls of the room, communications, it is necessary to find similar victims via the Internet or the store to file a class action lawsuit with the manufacturer.

In the summer of 2016, a class action lawsuit was filed against Samsung. The manufacturing company was accused of manufacturing washing machines, in which the drums are detached from the inner casing. As a result, 773 people were injured, mutilated, and seriously damaged premises. And in the fall of the same year, a recall of defective cars was carried out. 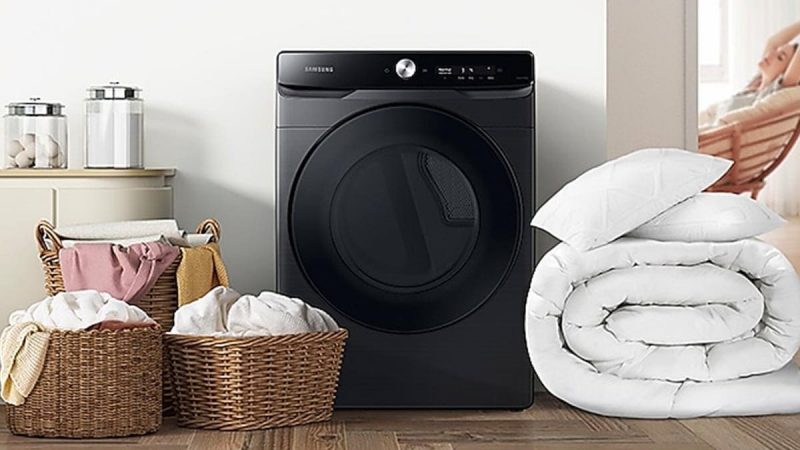 Samsung is ready to hold the following promotions:

If the unit is included in the list of recalled products, and the user decides to replace the machine, then he can take advantage of a discount on the purchase, an extension of the warranty on a new product, and a credit is also possible. The amount of the discount depends on the model and date of manufacture of the new device.

The proposed options involve filing a claim with the company’s customer support service. Depending on the number of forms of compensation, the same number of applications are submitted.

If the buyer purchased the recalled washing machine after 10/06/2016 (by which time the product should have been withdrawn from sale), then he is fully entitled to a refund.

If the purchased washing machine was on the recall lists, but then was sold or donated to someone, then the original owner still has the right to take advantage of the compensation. All you need to do is apply for an increased minimum rebate for posting a review on the Samsung settlement site.

Steps to take when contacting the company’s support service

In the event that the customer decides to return the funds spent on the purchase of a Samsung machine manufactured between March 2011 and October 2016, to replace the defective device or repair it, you must contact the company’s customer support. You can do this around the clock and any day of the week on the chat platform. Here it is possible to listen to the advice of a service specialist, together with him to choose the best option for further actions, taking into account the specific situation. 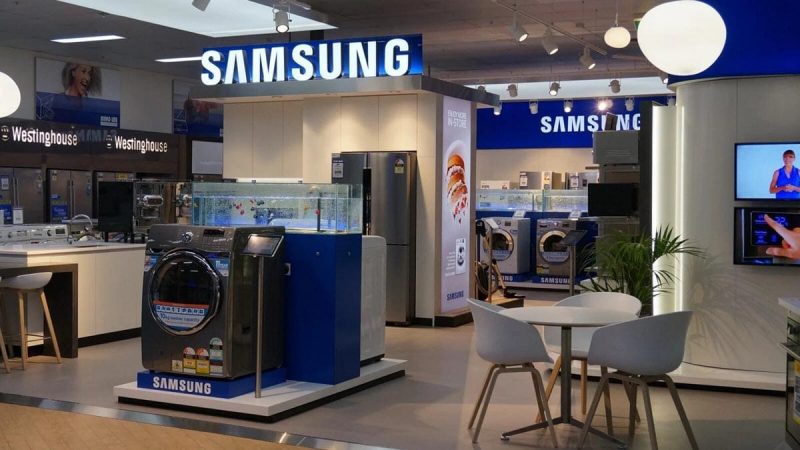 When communicating with a professional employee of the company, it is necessary to describe the fact of a breakdown in all details.

Actions when repairing the unit

In the case of repairing a broken car, you can use several options:

In this case, it is better to use the chat functions with Samsung support, which is located on the company’s website. It should be borne in mind that the discount program provides for the client’s right not to one form of compensation, but to several.

To change the device, you need to contact Samsung on the chat platform. Here you can solve all questions about the transfer of a broken device and the receipt of a new product. It is important to remember that it is impossible to get rid of the defective recalled Samsung unit until the operation is completed until it is completely replaced.