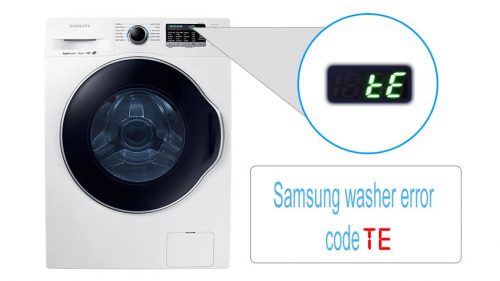 You as usually start a washer, the door is locked, but in a couple of seconds, a display suddenly shows tE/Ec/tc error code and the Samsung washing machine stops to work. In some cases, a washer gains water, runs a drum and stops in 5-10 minutes after start showing the same error code. TE error code is typical for all machine kinds: standard washers and machines with a drying mode.

If your Samsung washer is not equipped with a display, different malfunctions are shown with a special indication. Temperature LEDs «BIO 60 °С» and «60 °С» are lighting on a panel and all mode indicators are blinking.

In addition to the above-mentioned errors, the tE1/tE2/tE3 code may appear on a display. Such problems are typical only for washers with the function of drying. As a rule, errors are shown after wringing at the beginning of the drying mode.

How to decipher the error tE washer Samsung 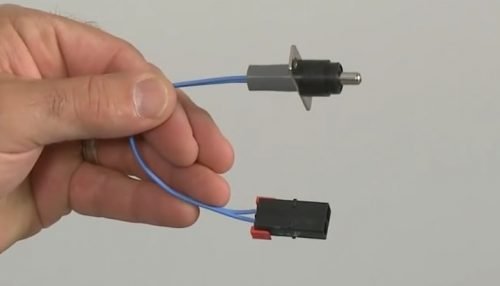 TE, Ec, tc error codes signal about some malfunctions with a temperature sensor, which is responsible for measuring the temperature in a washing machine. Your device by some reasons doesn’t «see» it and receives incorrect data. That’s why it doesn’t understand what to do and decides to turn off. So it needs your help. Actually, the tE error is an abbreviation of Termistor Error – the problem of a temperature sensor which is responsible for water heating. Ec error is the analog of tE for Samsung washers, released to 2007. Usually, tE/Ес/tc error code appears when the voltage of the temperature sensor is below 0.2 V or higher than 4.5 V.

The most important distinction! The tE error code appears immediately after the machine is run or at the beginning before water heating. TE1/tE2/tE3 error code appears on a display after washing and wringing, before the beginning or during drying. Due to the experience of specialists, the Ес/tE/tc/tE1/tE2/tE3 error code usually signals about the malfunction of the Samsung washer, which is very hard to fix by your own.

TE/tc/Ec/tE1/tE2/tE3 error codes – In which cases it can be repaired by your own?