Samsung is a leading manufacturer of household appliances. The high level of product quality has won the trust of customers around the world. Washing machines from this manufacturer are in particular demand. True, this technique sometimes fails and starts to flow.

This problem is most likely caused by a broken water valve, a drain pump, or a blockage in the drain filter. In addition, the cause of leaks can be a worn door seal or a clogged soap dispenser hose.

When determining the cause, it is worth first of all to observe where the water comes from. 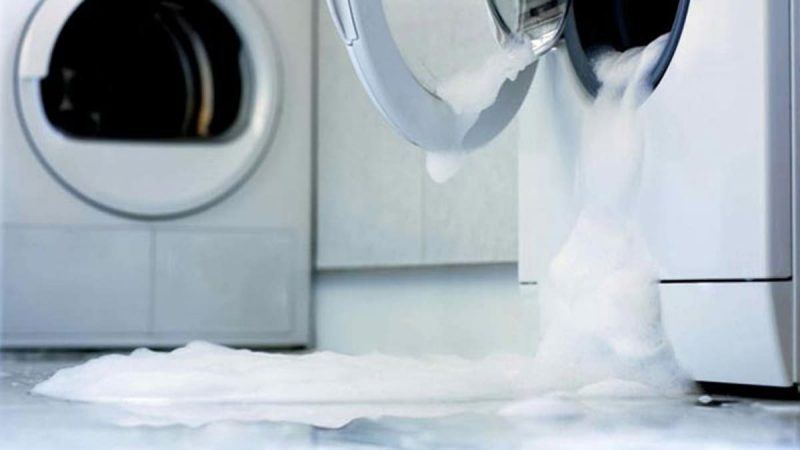 Water flows from under the door

In this case, most likely, the problem lies in the wear of the door seal. This element is necessary so that the door closes tightly and water remains inside the equipment. Most often, silicone rubber is used as a sealant, which has a round shape.

Sometimes the seal can be damaged due to careless operation of the washing machine. There are times when clothing clings to the lining with a zipper and tears it. Mechanical damage to the seal leads to leakage.

If the element is worn out, it must be replaced with a new one. You can buy it from the manufacturer or find it in specialized online stores.

Also, a snug fit of the door may be interfered with by some foreign object stuck in the door seal. It does not allow the door to be hermetically closed. In addition, with prolonged use, deposits of detergent can accumulate on the elastic. 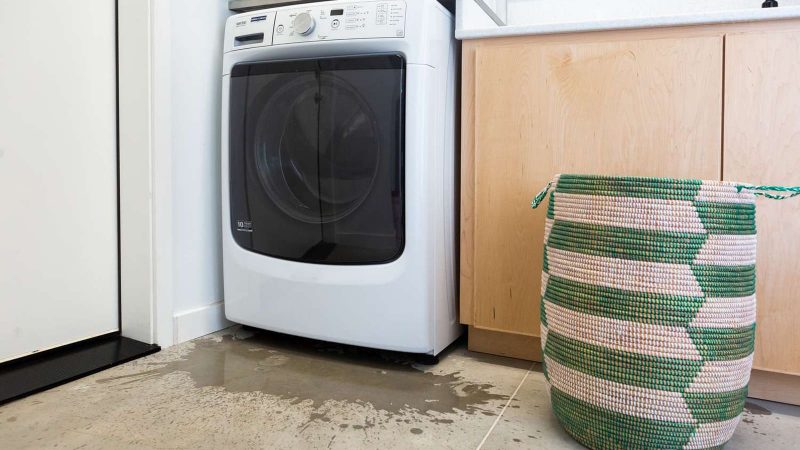 Often, coins and other small objects get stuck in the gasket in the drum of the machine. Even a small gap is enough for water to flow through the door. Therefore, first of all, it is necessary to conduct a visual inspection and identify the presence of foreign objects.

Water is leaking from a Samsung top-loading washer

If you find that your top-loading washing machine is leaking, the problem could be a failed drain pump. The drain pump is a mechanism that is necessary to remove liquid from the tank. The pump is activated after the start of the spin cycle. It is at this stage that the washing machine must remove excess moisture.

Most often, the drain pump in top-loading machines is located at the bottom. With prolonged use, this mechanism may fail, and it may also be damaged during transportation of equipment. If it does not work correctly, water instead of a drain hose begins to go to the floor.

A damaged drain pump cannot be repaired, so you will have to buy a new part to replace it. If you have certain skills, you can replace this element yourself. 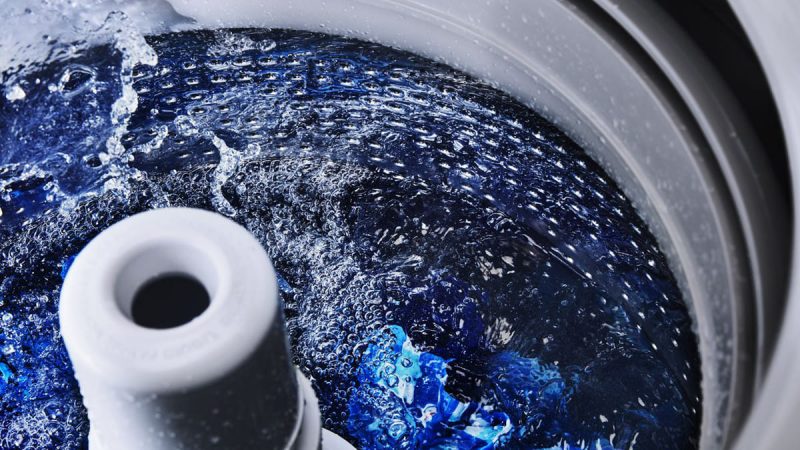 The first step in the repair will be to de-energize the appliance. Only after that you can begin to disassemble any equipment. After that, proceed to dismantle the access panel. Behind it will be a drainage pump.

Also observe safety precautions when disconnecting electrical connectors and hoses. Before doing this, you need to put a towel or any other highly absorbent fabric under the pump.

Most likely, liquid has accumulated in the mechanism, which will immediately pour out when the element is removed. Install the new pump in the same way as the old one, and then connect all the wires. Don’t forget to put the hoses back in their original position.

Water flows from the drain filter

Many people, out of inexperience, think that a leak is only possible from the bottom of the Samsung washing machine. However, upon closer examination, it becomes clear that water flows from the lower filter. The body of the washing machine has nothing to do with it, such a problem may be due to the fact that there is a blockage in the drain filter. Such a breakdown may occur if this mechanism is installed incorrectly.

Each washing machine is equipped with a special filter that traps debris. It is located in the lower segment of technology. This element is designed to filter any debris and prevent foreign objects from entering the drum of the washing machine. Finding the mechanism yourself is quite simple, it is located at the bottom behind a small panel.

Most users neglect filter cleaning and only think about it when they see a puddle in the laundry room.

In addition to blockage, incorrect installation of the filter can provoke a problem. With a loose fit of the element, a gap is formed through which the liquid escapes. Also, the outflow of water may be impaired due to the accumulation of detergent residues.

In this case, it is quite possible to cope with the repair yourself.

Water is flowing from the soap dispenser

A leak that occurs in a soap dispenser cannot go unnoticed for a long time. It is visible to the naked eye. The soap dispenser is a tray into which detergents and fabric softener are poured. A leak in this segment may be due to high water pressure. In addition, the reason may lie in the blockage of the dispenser hose, which is connected to the tank. This element ensures that detergent and fabric softener enter directly into the drum. 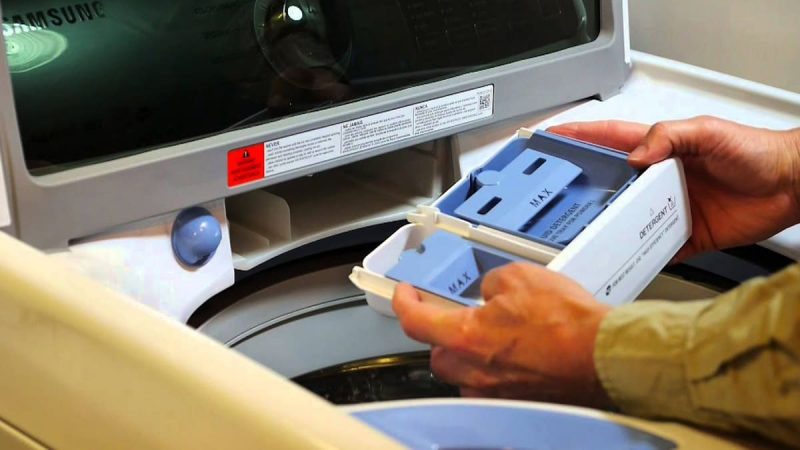 There are several most likely reasons for a soap dispenser to leak water. In the first variant, the cause of the leak is the increased pressure of the water, due to which it escapes through the gaps. Since water first of all goes through the dispenser and only then enters the tank, if this element does not withstand the incoming pressure, then moisture comes out. The second reason for a leak is a blockage that can form in the soap dispenser hose. In some cases, a foreign object can get into the hose, which clogs the water passage.

However, the most common cause is a large amount of detergent in the drawer. With prolonged use, soap deposits accumulate on various parts, the hose tank is no exception.

I am glad that this problem is easy to fix on your own. The water pressure is adjusted by adjusting the faucet through which water enters the Samsung washing machine. When starting the machine, adjust the valve so that the flow is optimal. In this case, the water will stop spraying from the soap dispenser.

But you will have to tinker with the blockage, especially if it is caused by a solid object. To do this, you need to perform several actions: 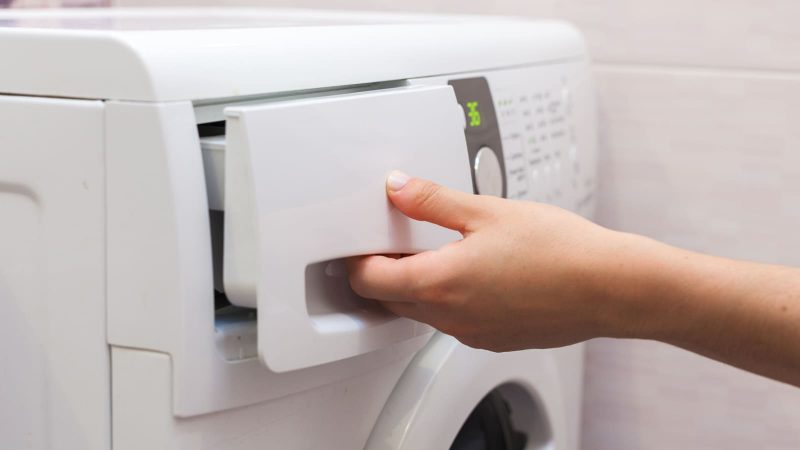 In our practice, there have been cases when the seals located on the lids of the detergent got into the soap dispenser and caused a blockage. If the ingress of foreign objects is excluded, then the blockage is most likely caused by undissolved detergents. It is necessary to throw strength into diluting it.

To do this, gradually pour hot water into the dispenser, these simple manipulations will quickly get rid of detergent residue. To prevent re-clogging, adjust the amount of detergent with each wash. An excellent prevention would be the periodic start of self-cleaning, if it is provided for in your Samsung washing machines. If there is no such function in the machine, it is possible to start an empty cycle, which is set to receive the most hot water. Such measures will help to avoid a recurrence of the problem.

A large amount of detergent, with each wash, can cause a problem of a different nature. We are talking about a leak from the rear vent, which is provided in the technique.

The manufacturer has provided for the presence of a ventilation valve in washing machines. There are similar ones in dishwashers and other appliances. Such a solution is necessary to regulate the air flow and debug the pressure inside. 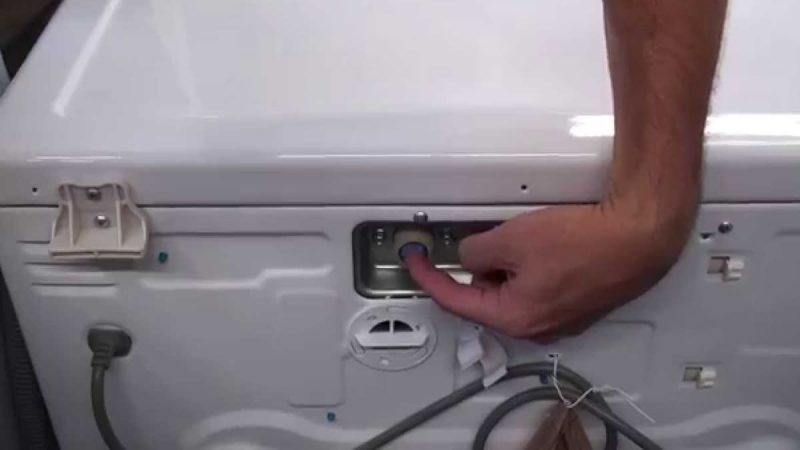 Removing excess funds yourself is quite simple. However, it will take more time. This is where hot water comes in handy. Most modern Samsung washing machines are equipped with self-cleaning cycles. A feature of these cycles is the highest possible temperature, which allows you to remove contamination. In addition, such cycles provide for maximum speed, which helps to break up hard deposits. In some cases, one cycle will not be enough, you will have to run them until all contaminants are removed.