Any malfunction of the washing machine always catches its owner by surprise. At the same time, it requires prompt correction, since this household appliance has to be used quite often. Sometimes it happens that the washing machine stops draining water. It is necessary to find out the causes of such a malfunction and eliminate them.

Some wash cycles are started to drain the water from the appliance drum. They are carried out using a water pump. The element sucks in excess liquid through the drain. If during washing you hear that the drain pump turns on, but the water remains in place, then it is worth checking the drain hose. 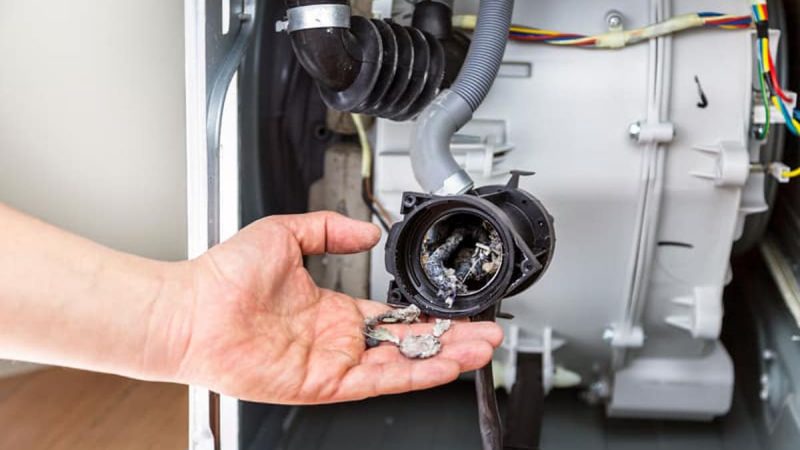 Perhaps there was a blockage in it. Fixing this problem on your own is not difficult. First of all, you need to disconnect the washing machine from the power supply. Next, move it away from the wall, so you get unhindered access to the junction of the hose and the device. Remove the hose and take it from the sink.

Now you can check it for the presence of foreign objects or debris that interferes with the smooth passage of water. Pour liquid into one end, and if it does not flow out of the other, then there is a blockage. Remove accumulated debris and connect the hose back to the machine.

After that, run a test cycle and check if the washing machine is draining water.

Every washing machine has a pump to drain the water. It pumps out water from the tank after the wash and rinse cycle is completed. Pay attention to whether the pump works during washing. You will hear a characteristic sound. But what if the pump is running, but the water remains in the tank. In this case, the problem most likely lies in the blockage. The presence of debris or foreign objects obstructs or completely blocks the passage of fluid through the pump. 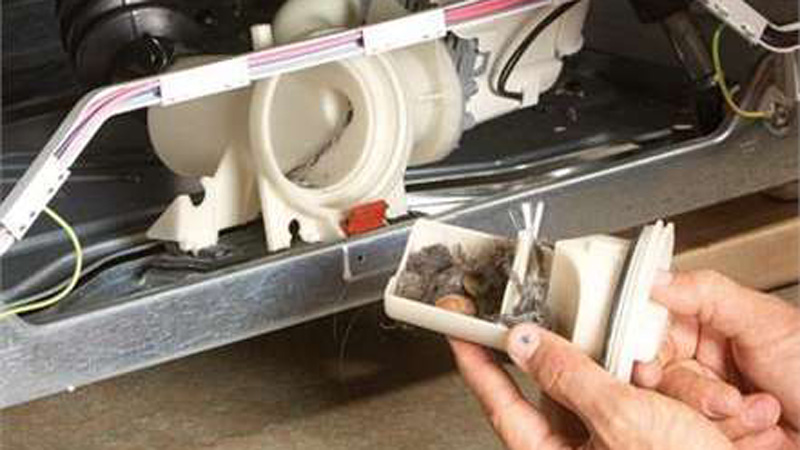 In this case, it is necessary to act by disconnecting the washing machine from the mains. Next, place it so that there is free access to the inside. In most front-loading washing machines, the drain filter is located at the front. However, in some devices, it may also be located at the back.

Check the machine by running a test cycle. If the problem was a clogged drain filter, then after correctly following the above steps, the washing machine will start working properly.

Modern washing machines are equipped with a built-in security system. So, an element of this system is the cover switch. If the top cover is even a little ajar, the machine will immediately stop working. However, it will not start functioning until the lid is tightly closed. This precaution is to prevent injury and foreign objects from entering the drum of the washing machine during the wash cycle. 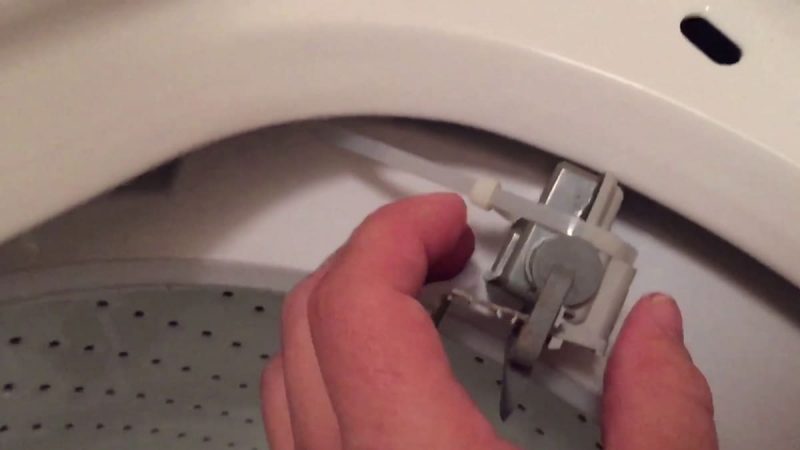 In some cases, the lid switch may not work. Therefore, the washing machine does not receive the appropriate signal and does not start working.

There are several ways to test your hypothesis. Open the lid and find the switch. When you click on it, you should hear a characteristic click. Alternatively, you can use a multimeter to test the lid switch. The device allows you to determine the continuity.

If a part is defective, it will need to be replaced. To do this, you need to unplug the power cord from the outlet, how to de-energize the washer. Next, remove the top cover and disconnect the wires that fit the switch. Dismantle the defective element, and install a new one in its place.

There is a possibility that water is not draining due to a breakdown in the drain pump. In this case, you will not hear the characteristic sound that the drain pump makes when pumping water.

In this case, repair of the washing machine must begin by draining the remaining water in the tank. Next, disconnect the machine from the power system. Do not forget or neglect the basic safety rules. After that, install the device so that you can freely work with its rear side. Remove the back panel and then remove both hoses from the drain pump. After that, you can proceed to remove the faulty element. Unscrew the bolts fixing it and remove the drain pump, replacing it with a new working unit. 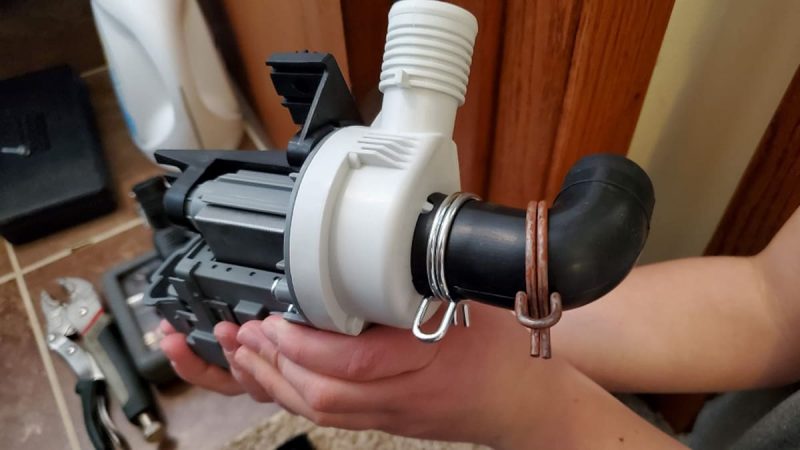 Now assemble the washer in reverse order and make sure that it starts working correctly again.

The belt activates the pump, which is installed in the lower segment of the washing machine. Damage to it will disable household appliances.

A worn belt must be replaced. As in other cases, repair work can only be started after the machine is disconnected from the network. After that, remove the back panel and remove the worn belt. Replace it with a new element. Next, assemble the car in its original form and run the test cycle. 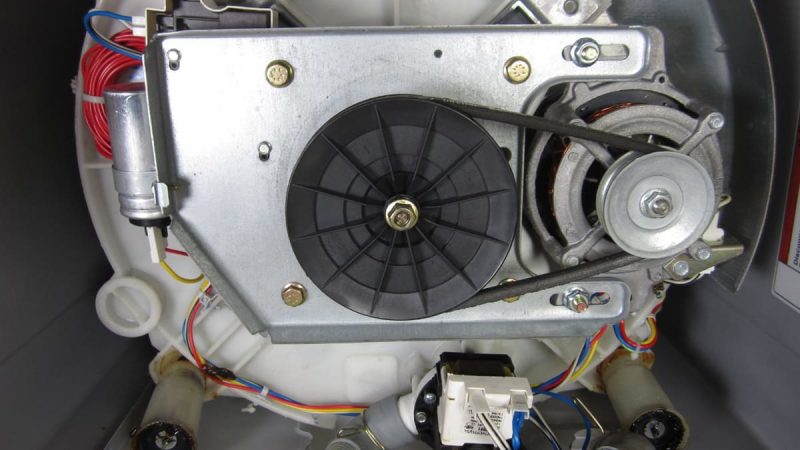 Blockage in the drain line

If all the previous assumptions did not work, then the reason why the washing machine stopped draining water, then you need to consider another possible option.

The reason may be hiding in the blockage of the drainage system. In this case, puddles will regularly appear on the floor. Fabric fibers or other debris can accumulate in the sewer outlet.

You can try using a small manual drain snake to clear the blockage. If you cannot solve the problem yourself, then you should call a plumber.