After installing the washing machine, we begin to operate it, while not thinking about the internal processes that occur during its operation. To start, you need to load the linen, set the settings and press the “Start” button. In some cases, the washing machine turns off the switch. This happens for a variety of reasons that are worth looking into.

What are the causes of the failure?

Typically, the circuit breaker may trip due to a problem with the door latch assembly, the timer, or the water level control switch. Also, problems in rare cases appear due to a malfunction of the engine or its control module. 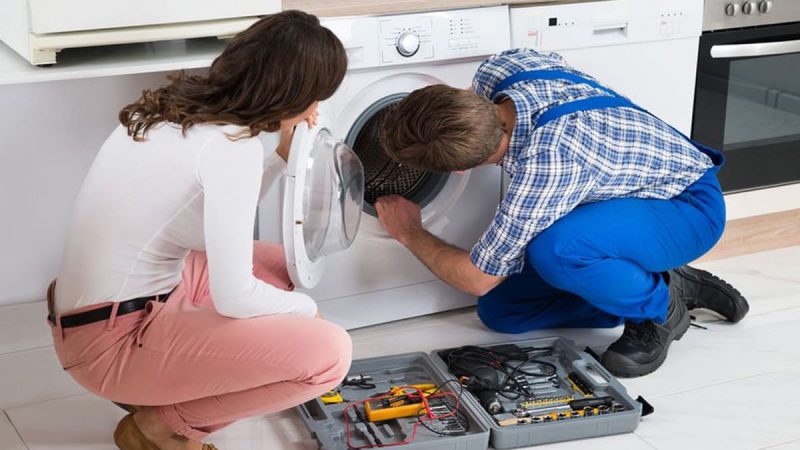 Sometimes the washing machine is not related to the problem that has arisen. In this situation, the breakdown is associated with:

A specialist who will check the contacts and, if necessary, correctly connect the equipment will be able to understand and fix the breakdown.

If the problem is in the door latch

The door of the washing machine is equipped with a latch on the inside, which is automatically locked after starting a new wash cycle. This is necessary so that the door remains tightly closed until the end of the procedure. As soon as the device finishes washing, the door will be unlocked. This mechanism works on all front-loading machines. Failure to block could result in water leakage during washing. 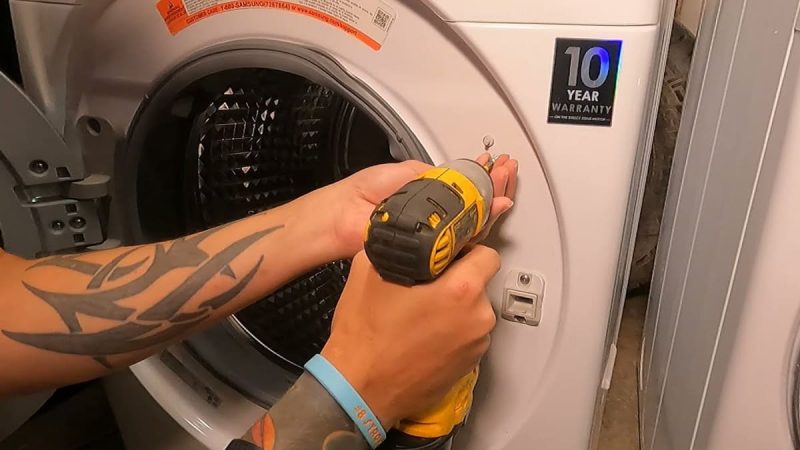 The latch assembly is a simple detail, but it can also cause a lot of trouble. The element is equipped with moving parts and electrical connections. In the event of a fault, the latch will actuate the switch. A weak electrical connection leads to a similar result. But most often, users are faced with door latch problems.

To solve the problem, you will need to replace the latch assembly. First you need to turn off the power to the machine, and then, armed with instructions, resort to simple repairs. The procedure will not take long, since the latch is behind the door. You do not have to disassemble other parts of the unit and contact specialists. It is enough to move the rubber gasket, as well as unscrew the two screws. After that, you can remove the latch, install a new part and secure it with screws. The main thing is not to tighten the screws too much, otherwise there is a risk of deforming the plastic.

Many home appliance manufacturers use control boards in their designs. This is convenient and modern, but timer washing machines are still found in the budget segment. The presence of a timer is indicated in the instruction manual. This detail, like the brain, controls all programs and processes that occur during the launch of a new cycle.

Since the timer is a mechanical element, it includes small parts and springs. They function together with electrical contacts that power the various systems of the device, helping it to perform its functions correctly.

The electrical connections inside the mechanical timer can overheat and in some cases weld to each other. This happens when you use too much electricity. When in contact with each other, the connections form a short circuit. This, in turn, activates the switch, preventing the problem from spreading further.

Timers, as well as the door latch, can be replaced by yourself. First you need to study the instruction manual, turn off the power of the device and disassemble the console. The timer is attached to the console with screws. It is equipped with a large number of connections. There are also handles on the front of the console. They must be removed together with the screws and the timer. A new block is installed in the vacated space so that the connections are securely fixed.

Problems with the water level control system do not occur as often as the previous ones. The system includes a chamber, which can be either a separate element or an integral part of the tank. During the intake of water, the compression chamber is filled. Pressure flows through the tube into the sensor housing. It acts on the membrane, resulting in the closing and opening of contacts. If there is enough water in the drum, then a corresponding signal is sent to the switch. When there is not enough water, the valve receives a signal for an additional set.

The location of the switch depends on the model of the washing machine, but more often it is located behind the center console of the unit. The part is easy to find by the air tube. It controls various functions, while directing energy to where it is needed at the moment. Malfunctions in the system cause many additional problems. If the switch trips, the system is supplying power to multiple areas at the same time. 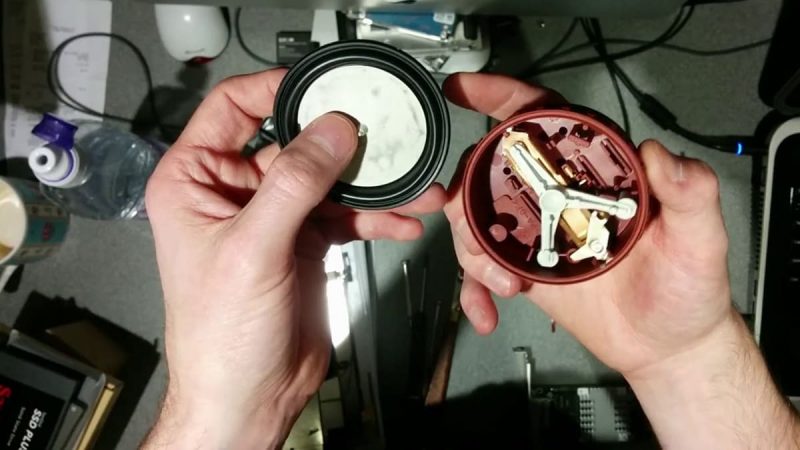 Before replacing the entire water level control system, a diagnosis must be made. If it showed a malfunction, then you will need to purchase a working part of the same model. Repairs can be done at home. First, the device is removed using the instruction manual. Next, connect the contacts, hose and screw the new element into place. Also, do not forget about the performance check.

It is advisable to take several photographs so as not to forget the location of important elements.

Motor or control board malfunctions

The motor is the heart of the washing machine. He is responsible for the rotation of the drum in all work cycles, whether it is spinning or drying. Together with the engine, the control unit works in the unit. It activates one or another functionality. In addition, the module performs the following tasks:

There are several reasons why the engine and control module stop working correctly. The most common of these is excessive wear. Running for a long time causes the motor to use more power to do the job. Increased power consumption causes the circuit breaker to trip for protective purposes.

Another cause of the problem may be a faulty part on the control board. For example, a resistor. If there is a sudden voltage surge or other impact, the resistor will fail, a fire will occur, which will cause the circuit breaker to trip.

To get rid of the problem, it is necessary to replace either the engine or the control module. First you need to decide which element is faulty. Replacing an engine is a time-consuming process that requires the removal of mounting bolts, belts and other elements. If desired, the motor can be replaced independently, having previously studied the operating instructions. As for the control unit, its replacement will not take much time. Just take it out and replace it with a new one. The help of a specialist and special tools are not needed.

GFCI turns off during spin cycle

Many people use a GFCI outlet to power their washing machines. But if the unit turns off during operation, it means that it is faulty. The problem is often observed when the spin program is activated. In this case, the breakdown is hidden either in the capacitor or in the motor brushes.

The capacitor, storing energy, drives the motor. A broken element is not drawing power correctly, thereby triggering the GFCI. After operation, the outlet turns off, thereby protecting the house from strong power surges and possible fire. The same goes for motor brushes. Worn parts provoke sparks during engine rotation. GFCI, upon detecting a threat, turns off the power to the washing machine for safety reasons.

It is difficult to replace the capacitor or motor brushes on your own. It is important to have certain skills. The troubleshooting process consists of disassembling the electrical panel, removing the elements from the damaged capacitor and replacing them with new ones.

Tips for the correct operation of the washing machine

Turning off the washing machine does not always indicate a malfunction of its parts. Sometimes this happens due to ignoring the rules of operation. For example, the drum hatch is designed for 4 kg of dirty laundry, and the owner put 1-2 kg more into the drum. The imbalance of linen, blockages in the water supply and drainage system, malfunctions of the heating element and other sensors lead to the same problems. The solution to each problem individually. Many of them can be eliminated independently.

In order for the system to always work properly, you must follow some recommendations:

If the washing machine is under warranty, then you can contact the service for help. Technicians will diagnose and identify the cause of the problem.